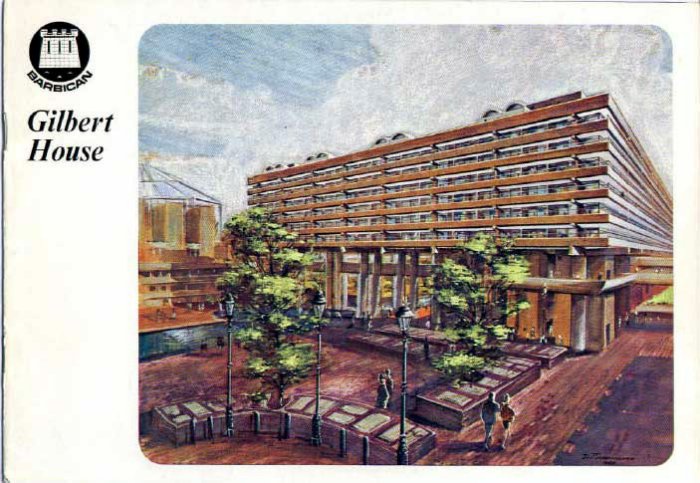 August 1969. Gilbert House was part of Phase III of the City’s building programme for the Barbican site. The contractor was John Laing Construction Limited.

It would be hard to beat Gilbert House for a dramatic location. Right in the centre of the Barbican, it straddles the lake on tall stilts. Underneath it, runs Gilbert Bridge, the marvellous suspended walkway across the lake from the Barbican Arts Centre in the north to the City in the south. On one side it overlooks the Barbican Centre, and on the other it has views towards the waterfall.

Gilbert House is a north-south (or side-to-side) terrace, which means that Gilbert House has a central corridor along each floor. Flats are on one or other side of it, with all rooms facing either east over the lake towards the waterfall and Willoughby House, or west with views over the Barbican Centre. Arguably the flats have the best view of any in the Barbican. The west-facing flats have sun most of the day and look out over the lake and the terrace in front of the Barbican Centre. The east-facing flats get sun in the morning only but look out over the more attractive half of the lake with the waterfall.

There are 3 similar terrace blocks: Gilbert House, Mountjoy House and Seddon House. They each have penthouse flats at the top, and regular floors of flats below, but no garden flats. They are also all north-south (or side-to-side) terrace buildings.

The main entrance is at podium level. There are two entrance doors on Gilbert Bridge spanning the lake. (See ‘Lifts and staircases’ below.) You can also enter the building from St Giles churchyard (02 level in the lift) and from the lake side (03 in the lift).

Since there is a central corridor along each floor, a small number of lifts can serve the entire building. There is a staircase with two lifts at the south end of the terrace near The Postern numbered 50A and 50B; and there is another staircase with one lift at the north end near the Barbican Centre numbered 52.

There is no direct access to a car park. The nearby Andrewes and Thomas More Car Parks are large.

I don’t know what the arrangements are for tenants’ stores.

List description of this building issued by the Department of Culture, Media and Sport (as it then was) in 2001.

“Block V: 101-114, 201-214, 301-314, 401-414, 501-514, 601-614, 701-704 Gilbert House, with attached public house. Seven wide bays, each three windows wide, with narrower bays at end, supported on twelve giant double pairs of concrete columns which descend into the lake. There is no podium, but a bridge (Gilbert Bridge) over the lake. Sliding varnished timber windows set behind paved balconies, with metal and glass balustrades and some with concrete window boxes (more removed here than elsewhere), painted undersides of roof. Rooftop penthouses, with double height fully-glazed ends under rounded tops, given a distinctive white finish. Each flat is a structural bay wide, reached via lifts and stairs at each end. Under the bridge at the southern end is a public house, Crowders. A plaque commemorates the foundation of the Lady Eleanor Holles School on this site in 1711 (installed 1984) and at the northern end is the foundation stone of the Arts Centre, unveiled by HRH Queen Elizabeth and the Duke of Edinburgh on 20 November 1972, on the occasion of their Silver Wedding Anniversary.” 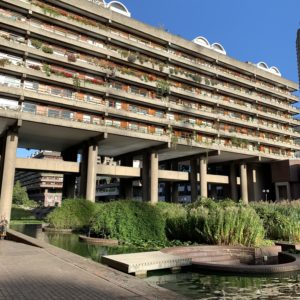 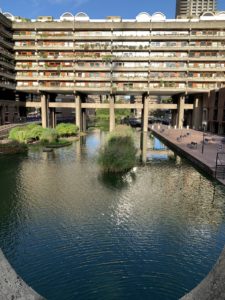 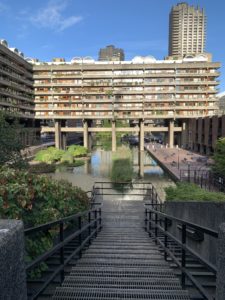 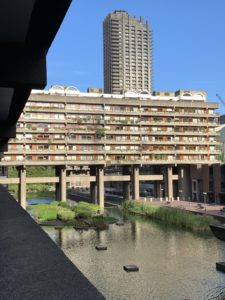 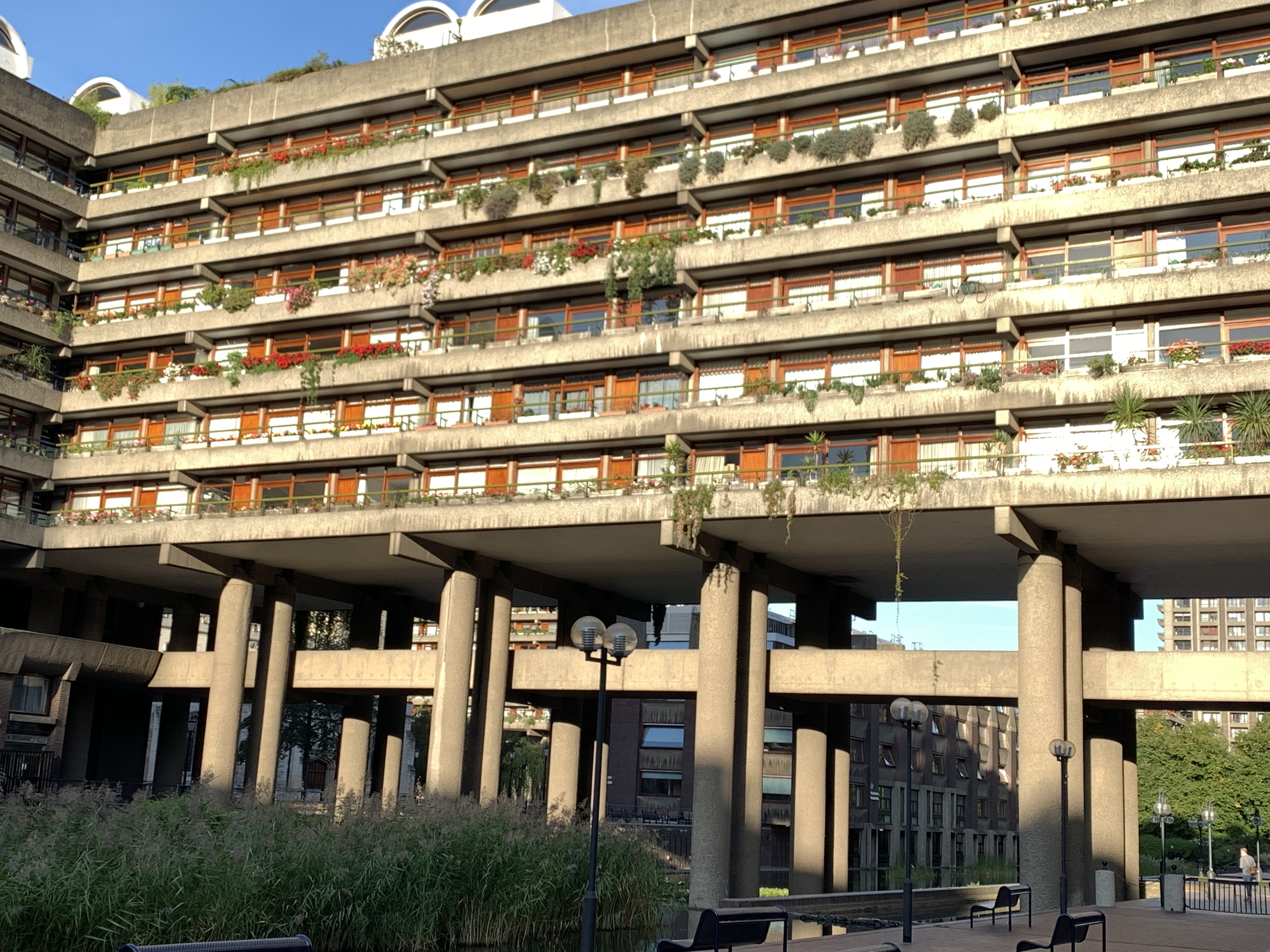